12 months and a baby

Why hello my old friends. I feel that every time I start a new post, it has that same beginning. I have failed the blogisphere and any faithful followers I still have. At least this post comes inside 12 months. I think the last one was a Thanksgiving post, towards the end of November. I promise that 2018 will be better. Not sure how, given the few other things I have going on now... Oh yea did I not yet mention the little peanut princess that arrived four weeks ago? We have some catching up to do... let's recap the last 12 months, shall we? I won't bore you with too many details.

Decked the halls. Made some life plans. Booked the Hartford Marathon Foundation Run Irish O'Races that consisted of four 5ks in 2 weekends in March {yes we're crazy, but yes there was beer waiting at the finish line}

Christmas came and went. Little did I know it would be the last Christmas celebration at the castle. More on that later.

Whoopsies, Annual Meeting in Chi town happens in January. We won some awards. But when you're in sales, the party don't stop for nothin' - add that to deep dish pizza and I had to start the Whole30 over when I got back to CT. No biggie, tt just rubbed it in my face that he successfully completed it in 30 actual days. 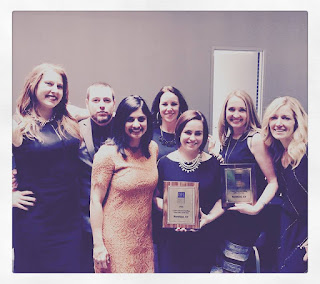 I don't think January brought anything else that we knew of, other than cold weather and probably some snow.

We're pregnant! Yes, you read that right. The first few days of February brought some very happy news that was VERY hard not to share with the world. But, you don't do that until the time is right.

Also, when they say that during your first trimester "morning sickness" doesn't necessarily stick to the morning, they were NOT joking. I should have known I was pregnant on the sheer fact that I slept for like two days straight. I thought I was coming down with the flu.

No Incentive Trip for us this year, couldn't risk exposing the little bean to Zika in Cancun. So I took myself to the spa instead ;o)

March. Oh, March. So you know how I mentioned we had signed up for these four consecutive 5k's? And then you know how I said I was sick as a dog? Put those two things together and that was the start of my March. March 11th was O'Shenanigans and it was literally <10 degrees out. I almost threw up about that many times along the course.

March 12th was O'Putnam. We drove 1+ hours to get there and run and from what I remember it was slightly warmer that day... but from what I also remember I still almost threw up 10x. But I finished. 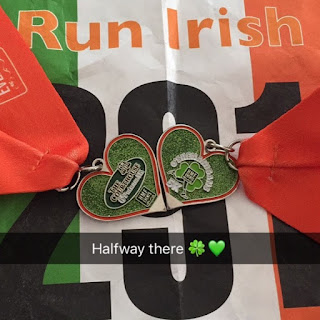 The next weekend there were two more races. However our annual St Patrick's Day Celebration happened that Friday... and so we did not run that weekend. I think I had everyone fooled... but acting like you're already drunk when half the people get there is hard. I was clearly not hungover the next day, but likely felt the same regardless. Morning sickness is seriously no joke.

Somehow also survived NCT at corporate without anyone figuring it out. #winning
On this trip, the baby flipped. In {her} newfound breech position, {she} was causing me very intense round ligament pain.

In April we made our announcements. TT had the best and super creative way to tell the grandparents- we set up an easel with a blown up copy of an U/S in the baby's room in the new house and took them on a tour of the house. Lots of surprise/happy tears {appropriate for April Showers!} and genuine disbelief... everyone had given up waiting for this. ;o) 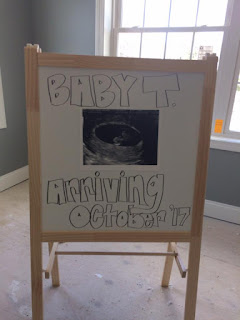 We told the world, of course, by incorporating Cecelia into it. This was the actual announcement, but there were some outtakes that were pretty funny, too. 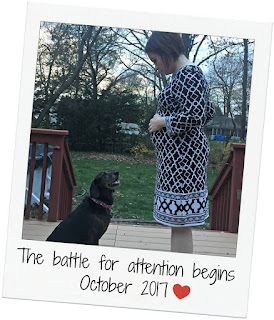 May was another exciting month. We moved into our new home {finally} after many months of planning and preparation. It was even more exciting to finish this project knowing our little peanut was on the way.

In May we also found out that said little peanut we were expecting was a pink princess peanut!! 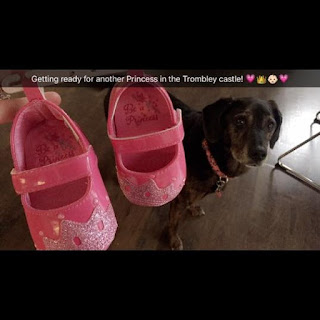 We also went on vacation to sunny SC to get away for a bit.

I think June was a little quieter. Not much happened other than focusing on getting moved in and unpacked. Went to a sox game, which is an entirely different experience sans beer and Fenway Franks.

I also snapped one of my favorite preggo pics at 24 weeks. I'm not sure why this one made me so happy. I think I realized that this little basketball {she was the size of an ear of corn at 24 weeks according to my app} was really going to be a person soon! 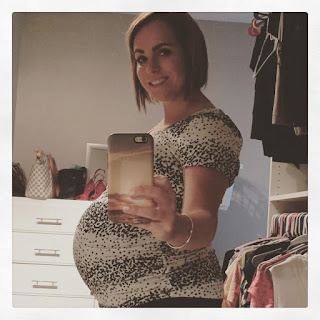 July was pretty quiet also. We traveled to Omaha to see Auntie Erin. It was a very quick trip, far to travel for a long weekend, but worth it. The zoo out there is a-mazing!! Even when it's a bazillion degrees and you're 100 months pregnant! :o)

August was a bit more exciting! This month brought the eclipse and my baby shower! 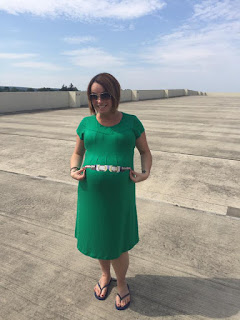 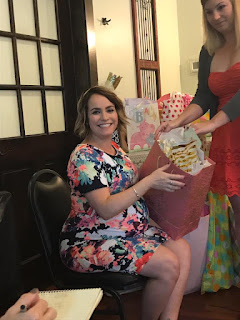 The countdown begins. Final touches on the nursery including DIY closet project. Check. Ducks in a row at work for mat leave. Check. Induction date scheduled... Check! Bring on October!

It's baby month! Induction scheduled for 10/10. I'll give a brief explanation of our "birth story" in all it's glory for whoever is interested.

The rest, as they say, is history.
And here we are! Four weeks later, we are loving life.

Next up: a likely quiet Thanksgiving, and then on to December and the first of many Christmases in our home with our families. No recipe to share today, but I promise I will keep up.